We’re back! And we’re slip, slop, slappin’ all the way to a Mallee summer holiday.

It’s the OK you know and love, but with extra summery vibes and WAY more cool stuff to do in our fave town of Charlton.

Instead of bonding over a Devo Tea and Pimms on Saturday arvo, we’ll be holding the Tell Your Friends You Love them Cannonball Comp at the Charlton Pool, think Birdman Rally meets country public pool (extra points for flare and costume). We’ll also be getting out the stack of banana lounges we’ve been collecting from Marketplace throughout lockdown, and the Charlton CWA will be serving poolside ice cream sundaes.

For those of you who love a garage sale, Charlton will be putting on a whole town garage sale (we’ll send you a map), there’ll also be a pop up vintage clothing store in town, and there’s always Danny’s Pawn Shop which is FULL of incredible treasures.

Benno’s back with his cold beer, pizzas and pop up hills hoist stage. He’s told us there’s been some pretty great additions to the backyard you might like too, can’t wait.

See you in Charlton! 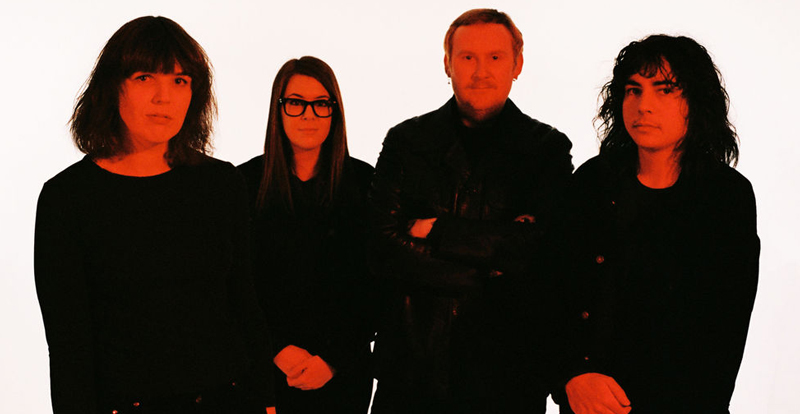 RVG perform the tricky alchemy of combining rock’s urgency, punk’s anarchy, and pop’s empathy to create a record that feels vital: Feral is a catharsis, a call to arms, and a forthright indictment of contemporary complacency.

To Romy Vager, RVG’s lead singer and lyricist, to feel feral is to feel outside of everything. Throughout the album that feeling of isolation is incited, but it never feels hopeless: these songs channel the raw energy of despair and frustration into melodies that often feel victorious, perhaps only because they so aptly supply a soundtrack to the end of days. 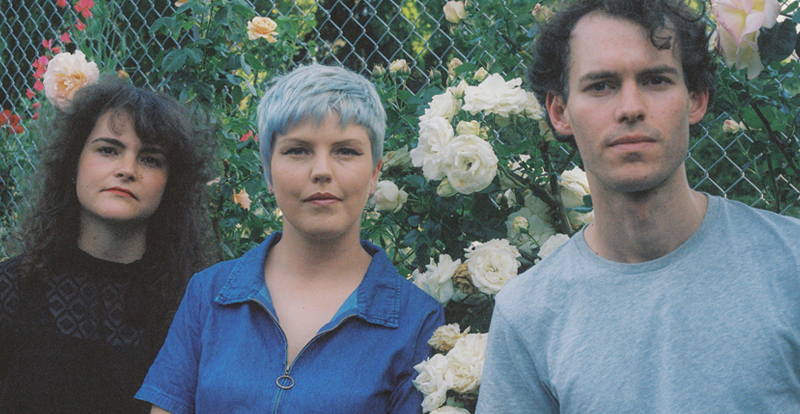 Cable Ties are a fierce, tense rock’n’roll trio. They take the three minute punk burner and stretch it past breaking point to deliver smouldering feminist anthems. Post-punk and garage rock hammered together by a relentless rhythmic pulse. Jenny McKechnie channels her struggles into songs that resonate deeply, giving voice to feelings often buried in modern life. Shauna Boyle and Nick Brown are a rhythm section anchored in Stooges primitivism – relentlessly pounding out a bedrock for McKechnie’s guitar pyrotechnics and vocal wallop. Three friends summoning a rhythmic tide to deliver anthems that turn latent anxieties into a rallying cry. 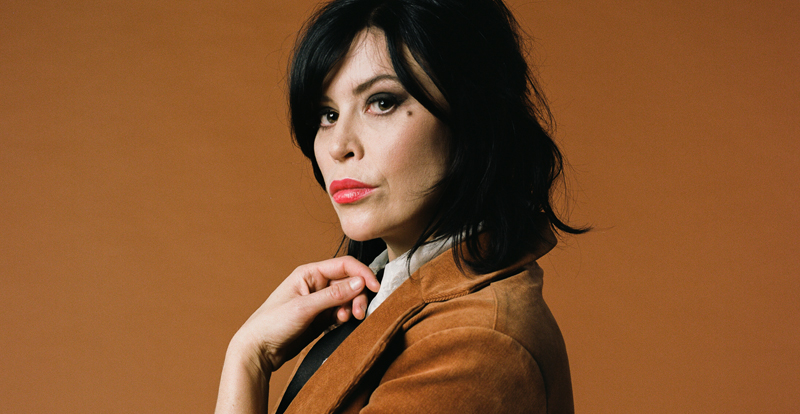 How do you find your place in the world when you never stop running? There was plenty of time for Hayley Mary to reflect on that, rising at 5am, bracing against the dark drizzle of Edinburgh’s suburbs to serve sandwiches to bleary-eyed tradies.

This was the unlikely new existence of the singer who’d, not long before, been playing to audiences of thousands at festivals and in headline tours across the world with The Jezabels, collecting ARIA, AIR and AMP awards in their wake. Fewer people would recognise her in London and Scotland, although the café owner had cited her likeness to Chrissie Hynde as the main reason for hiring her, and had given her a sly google, determining she must have some kind of famous musician on her hands.

Experiencing this inverse of the rock’n’roll lifestyle made Hayley better appreciate the very things she’d been running from: Home. Family. Messy Sydney nights. Music Industry. Her media persona as a frontwoman, which had sometimes felt jarring and inauthentic. Now, the literal grind of working the coffee grinder somehow provided fertile grounds for songwriting. 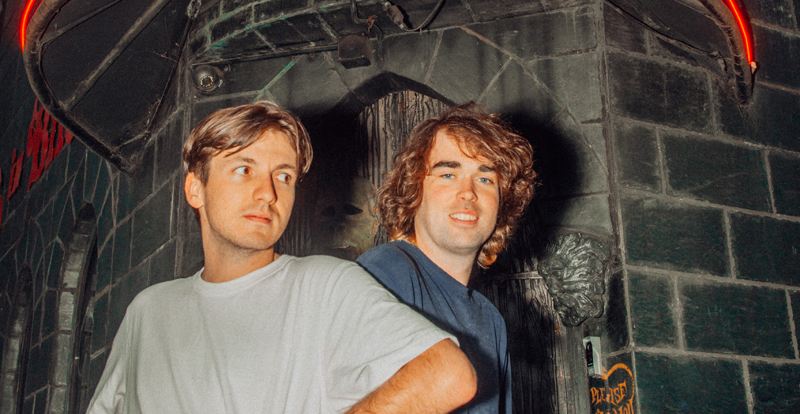 Good Morning are rulebreakers. Not in a sexy, flamboyant way – more in a casual, resigned kind of way. Accidental and incidental rulebreakers. The creation and release of their sixth album, Barnyard, is the result of a process of patient refinement and the breaking of a couple of self-imposed rules. Thoughtful, catchy, idiosyncratic, and nearly twice the average length of their back catalogue, it’s all the things one might love about Good Morning, this time around presented with the fat trimmed and the edges sharpened. Recorded at Wilco’s famed studio The Loft, for the first time in a long time the record was made with the help of an outside engineer and will see an international release on a record label not operated by a friend, but instead, Polyvinyl, joining the likes of Alvvays, Julia Jacklin, STRFKR, Kero Kero Bonito and more. A milestone in the history of the band it’s also their most meditative record, thoughtful and careful in its evocations. Not too little and not too much, it’s just right – just Good Morning. 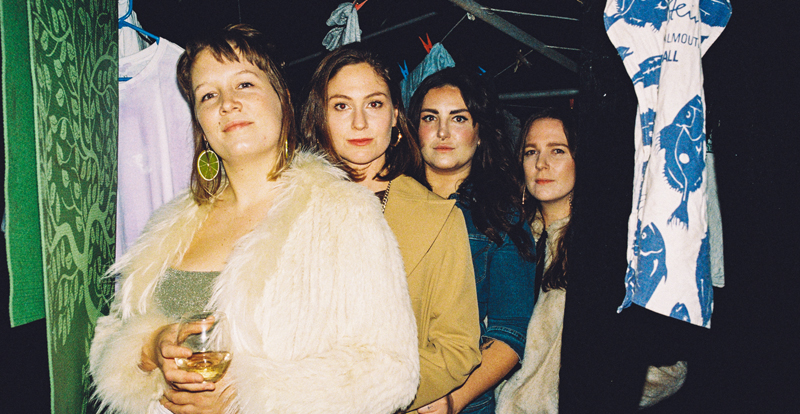 Lazertits are a four piece punk outfit from Narrm/Melbourne. With a suite of scorching, riff-heavy songs, the band is renowned for rowdy live performances and has built a dedicated fanbase and over their six year career. Pivoting from predominantly independent releases for their EPs and 2017 debut album ‘Not Punk, Per Se’, Lazertits are taking things in a heavier direction; exploring darker subjects through dissonant tones, sharp rhythms and ever-more distortion. The band has come a long way over the years, growing as musicians, friends and adults. While their songs may be a little more complex, you can expect that same cheeky, fiery and sardonic style from your favourite, loveable brats. XO XO Lazertits. 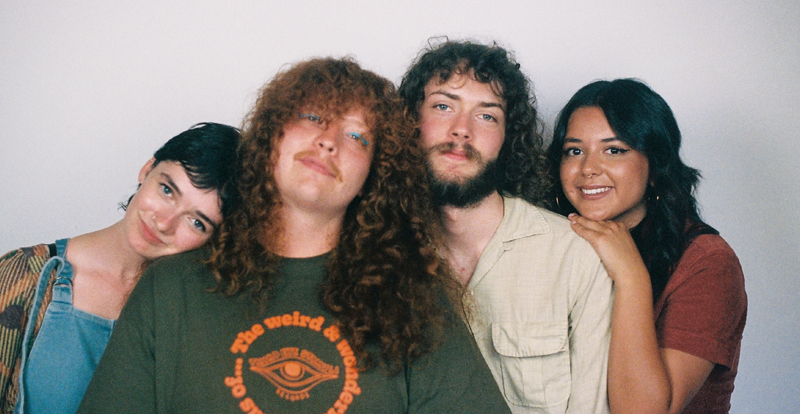 Sunfruits are a psychedelic pop/disco band from Melbourne. Founded by Winter McQuin, their members include Evie Vlah, Imogen Cygler, Elena Jones and Gene Argiro.
Sunfruits live shows revive the 60s psychedelic sounds and visuals with their very own modern garage-pop spin, blending their own twist of modern disco beats and Tropicalia inspired freak outs. Whilst Sunfruits music is playful and upbeat, the meaning and messages behind the music concern environmental collapse, social uprising and the willingness to change outdated views. 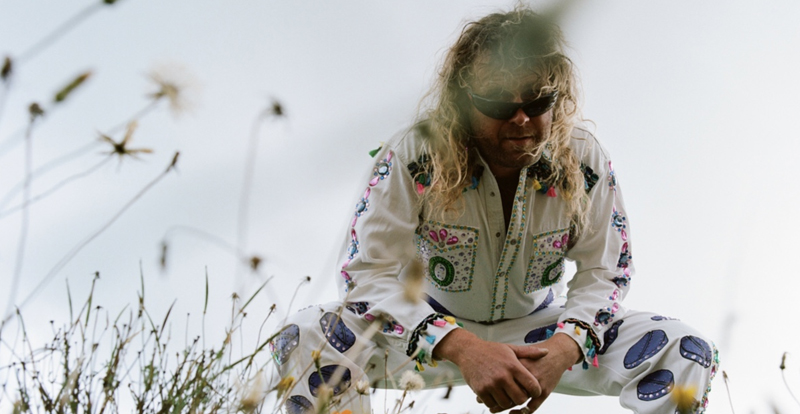 Our Carlson is coming back to Charlton for OK Motels, this has made us happier than Gram Parsons in a field full of jozzies. Mixing Breakbeats with ranting vocals that sound like someone who grew up next to Tullamarine airport in the late 80s early 90s, this music is an honest look at living with a disability (epilepsy) and working through common mental health conditions. Raw and emotional one minute into fun and sexy word play the next. This very special OK Motels set will feature Broken Hill (possibly the world’s) premier drag artist Amanda Screetly, (maybe a few more surprises), all the Our Carlson hits and some country Funk and Soul classics, PLUS … hits hits hits. Dance till ya get kicked out then dance ya way to the Kickon. 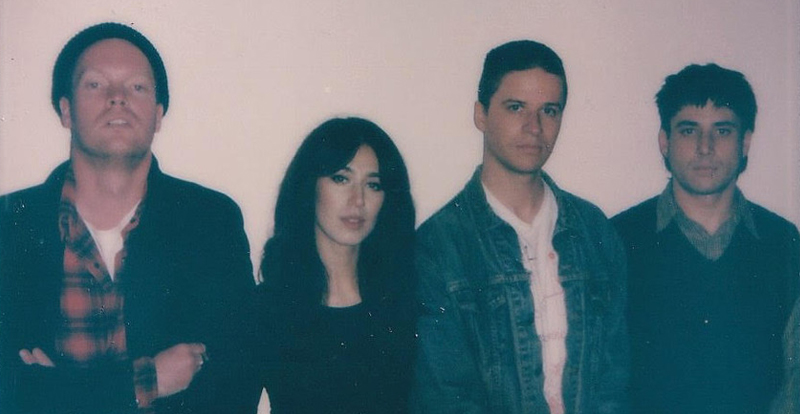 Having formed in early 2021, Melbourne 5 piece ‘The Prize’, have quickly developed and refined their sound. Taking cues from bands like the Nerves, Divinyls, and Thin Lizzy, and backed by a staunch rhythm section, the Prize intuitively weave three guitars and layered group vocals into hooks and harmonies that explode with power pop and rock’n’roll sensibilities. 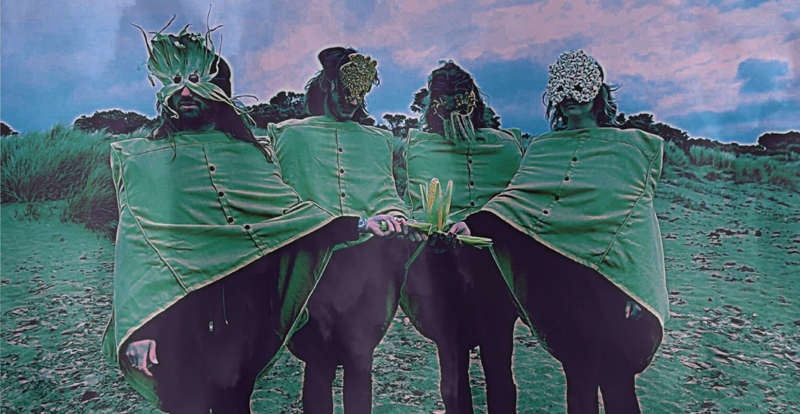 Green Blanket are a four piece band of old friends hailing from Geelong/Surf Coast. They make off kilter tracks of light and dark. Creating sounds that are simultaneously raw but refined. Drawing from a wide range of tonal inspirations, from the wings of a funeral cockatoo to Iggy Pop’s limp.